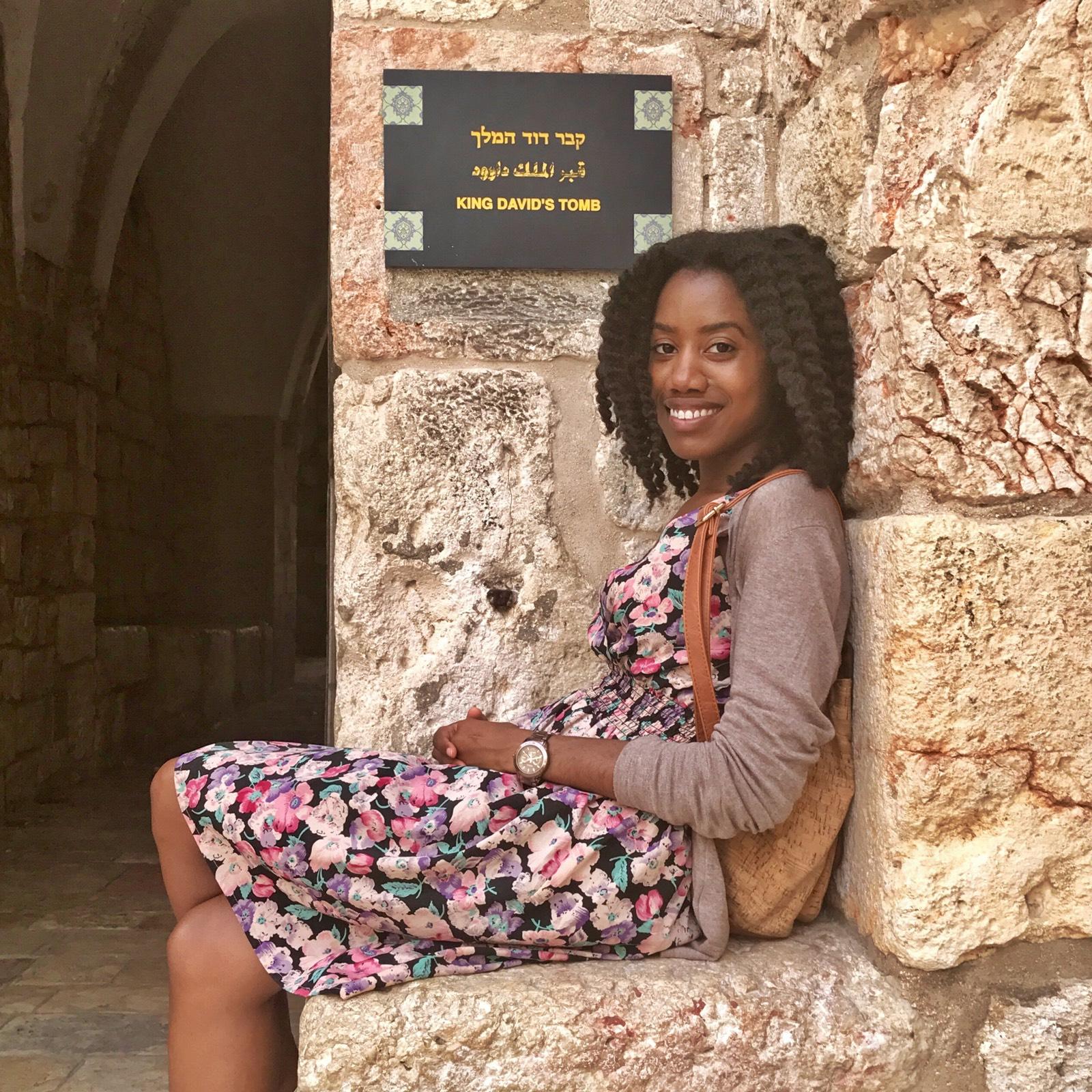 The year 2017 started, and I had planned to travel to Israel on a 10 day guided tour. Intrigued by the idea of a pilgrimage to the Holy City to see historical sites like the Dead Sea, The Old City of Jerusalem, The Sea of Galilee and Nazareth, was exciting. So I jumped at the opportunity. I told all my friends. After many conversations, the excitement died down after we all considered the cost. I still wanted to go.

Two months later, God was preparing an opportunity for me. In early March, my professor at the City College of New York (CCNY) sent a mass email to his classes about a scholarship to study abroad in Israel that summer in July. The scholarship would cover tuition as well as room and board. This was my chance. I applied for the program then went through a series of interviews. When my birthday came around on March 28th I didn’t celebrate it. Instead, I asked my friends and family to pray for me. Then on April 6th, I found out that I was awarded the scholarship to study Entrepreneurship and Innovation at The Hebrew University of Jerusalem.

Despite the talk of safety, I felt safe in Israel. However, I could sense people looking at me from time to time, but I didn’t find it uncomfortable. There weren’t a lot of people of color in Israel. Throughout my time in Jerusalem, whenever my friends and I traveled locally, we took the light rail train or bus. The light rail cost 11.80 shekels for a round trip ticket and the bus was 5.90 shekels for a one-way trip. Public Transport took us to the national sites within the Old City of Jerusalem.

I loved the Old City! There are so many places to visit: the Muslim, Christian, Jewish, Armenian Quarters, the Twelve Gates of Jerusalem, David’s Tomb, Church of the Holy Sepulchre, Dome of the Rock, Temple Mount, Mount Zion and many more. Almost every building in Jerusalem is made of the tanned color Jerusalem Stone and they are so beautiful.
As my time there went on, I realized that Israel is divided into territories, Israeli and Palestinian. Each having separate governments. In Jerusalem, the Armistice Line divides the city into Muslim and Jewish neighborhoods. During Sabbath, public transportation shuts down temporarily, as well as most businesses in Jewish communities. I entered a Palestinian neighborhood one Friday night in Jerusalem, to get groceries and it felt like I had entered a completely different place. I suggest that travelers, especially women, be super alert, not to travel alone at night and to watch out for cars coming from random directions.
In Jerusalem, my favorite place to pass time was Machane Yehuda Market. I bought all the daily necessities that I needed like: bread, fruits, vegetables, pastries, and eggs. There they were really cheap. I also bought souvenirs like Israeli chips, date honey (they sold dates there too), and halva (sweet sesame candy). You could also find butchers there as well for your fresh meat supply. What surprised me most was the liveliness of the market. You could hear the all-male merchants calling out the latest products that were on sale, as well as announcing the prices. Their voice created a unique cadence of the Hebrew language. “Hamesh shekel,” they’d call out. Five shekels! 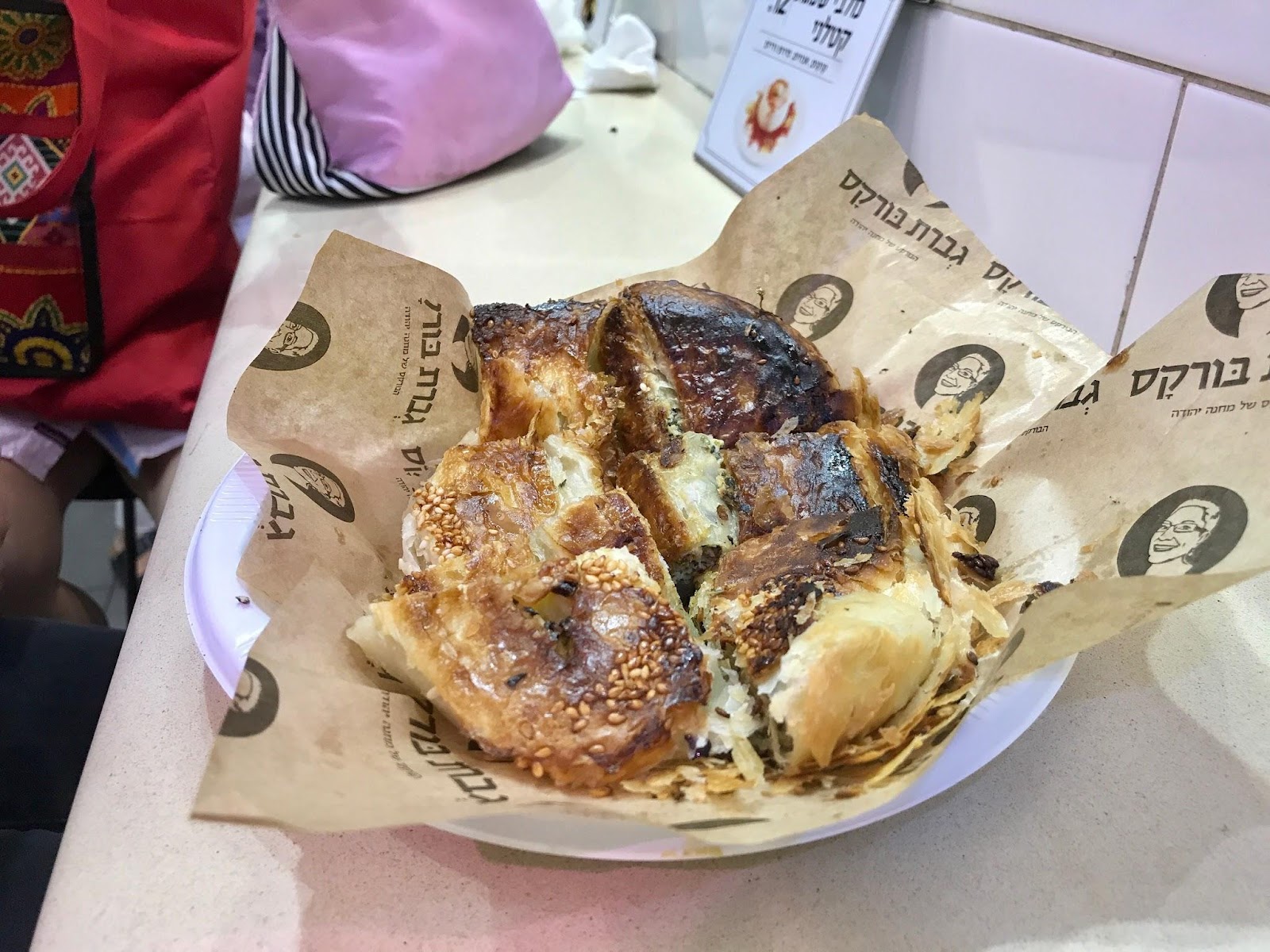 While in Israel I stumbled on a man named Zarifus, he was born and raised in Greece. I found him restoring a painting in a room on the outskirts of the attractions at the Church of the Holy Sepulchre. He said something I’ll never forget, “It is forbidden to change the other, just let him see… life isn’t about what we can do for ourselves but for others.” Before meeting him I was looking for something to connect me to Israel and here it was. He reminded me that it was the people, not the places, that would help me understand the culture. “We should be able to look at each other and see the good things,” he continued. He smiled before I left and invited me to visit again. Since Jerusalem unites three monotheistic religions: Judaism, Christian and Islam, Zarifus helped me understand the coexistence between conflict and culture. 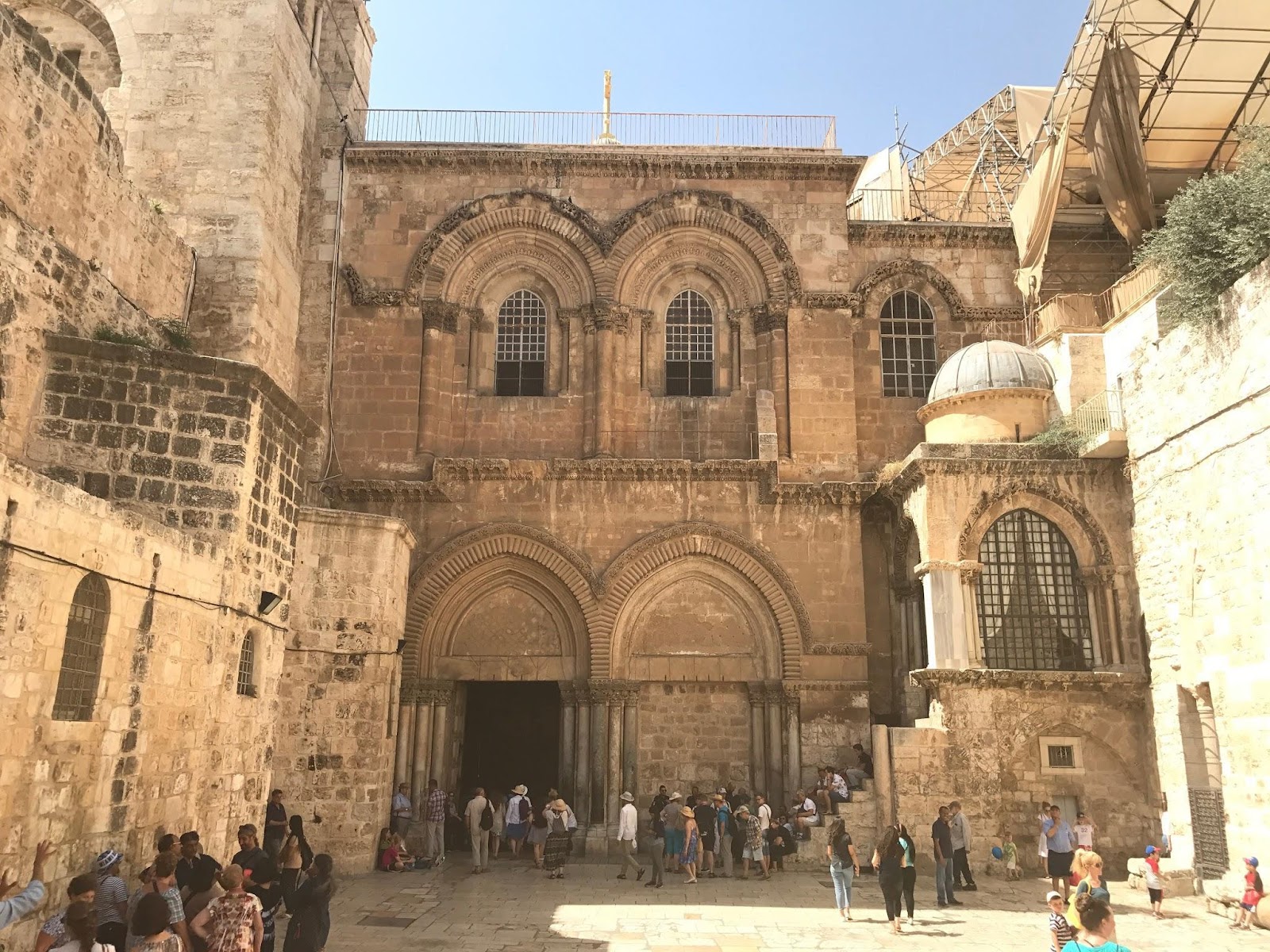 Church of the Holy Sepulchre that houses the tomb of Jesus.

For a small country, Israel has excelled in building breakthrough technologies such as the Mobil Eye (self-driving cars), Iron Dome (mobile all-weather air defense system) and more. My courses included lectures from Israel’s well-known scientists, entrepreneurs, and engineers. It was so inspiring to see a nation dedicated to solving world problems that I wondered what I could contribute to the world in my lifetime. 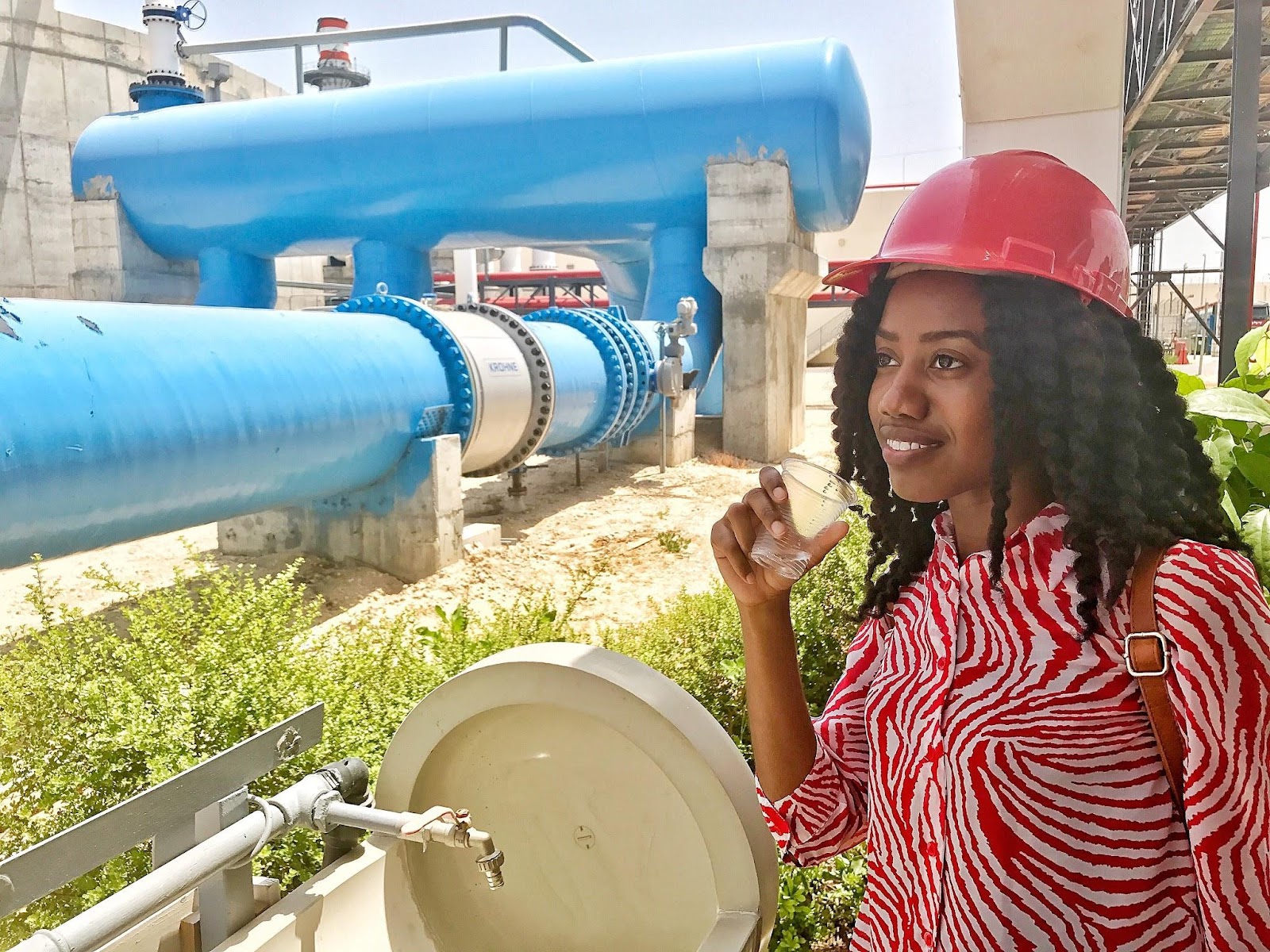 Drinking water at the Sorek Plant, the world’s largest Seawater
Reverse Osmosis Desalination Plant
As a Christian, in Israel, it felt like I had traveled back in time. I was walking where Jesus walked and saw what he saw. I didn’t experience a spiritual awakening, as I’d imagine, however, life in Israel was a constant history lesson. 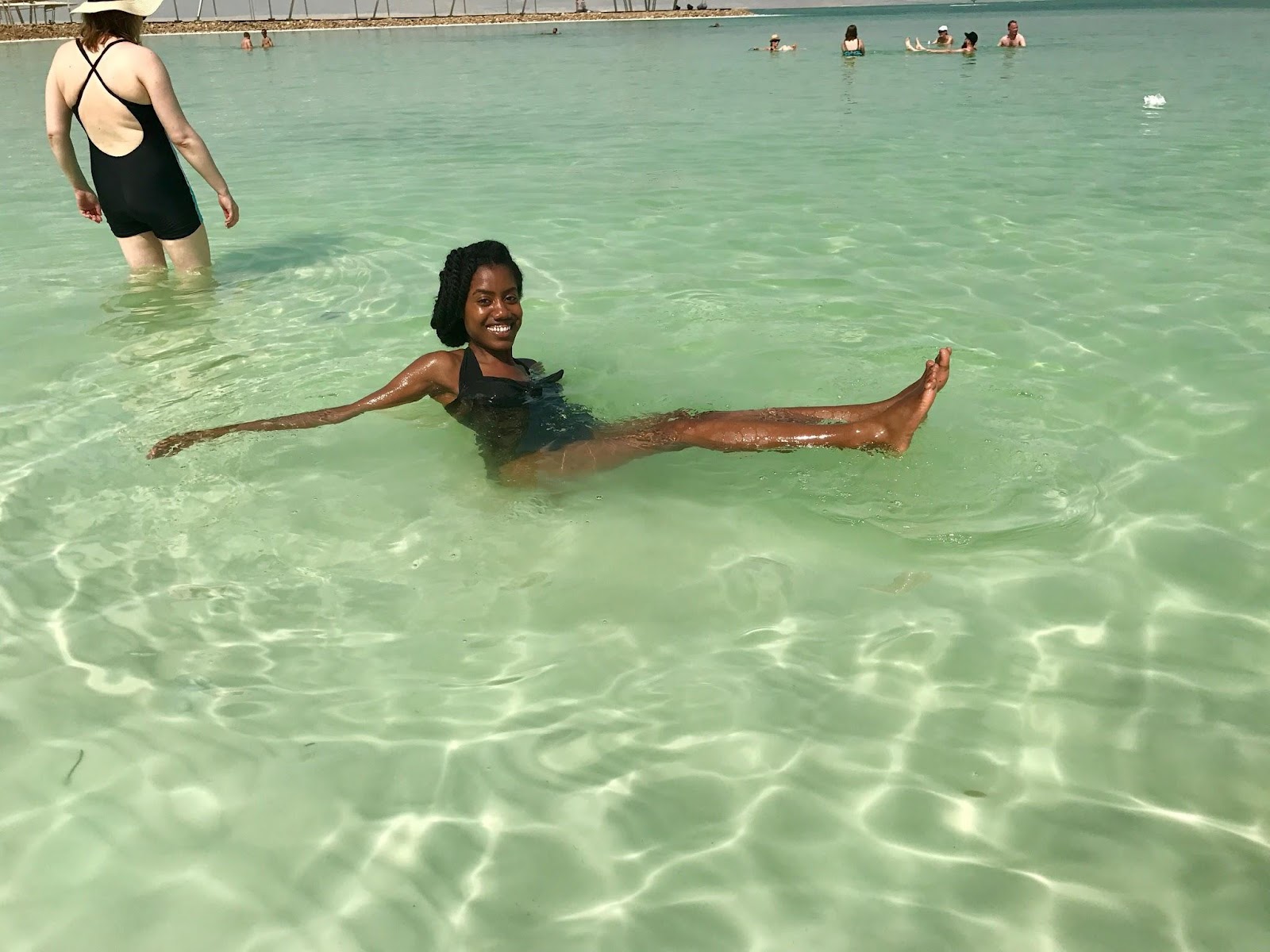 I traveled outside Jerusalem with BeinHarim Tours, Hebrew University, and with friends. Allison, a fellow study abroad friend, and I went to Bethlehem, in the West Bank. We took the Blue Buses, which cost 4.90 shekels one way. It was difficult to go sightseeing on foot in Bethlehem so we took a taxi when we arrived there. I put my haggling hat on and negotiated for the both of us since we knew that we were two and would be charged more because of that. The taxi driver persisted but we reached a medium of 110 shekels for an hour and a half tour. 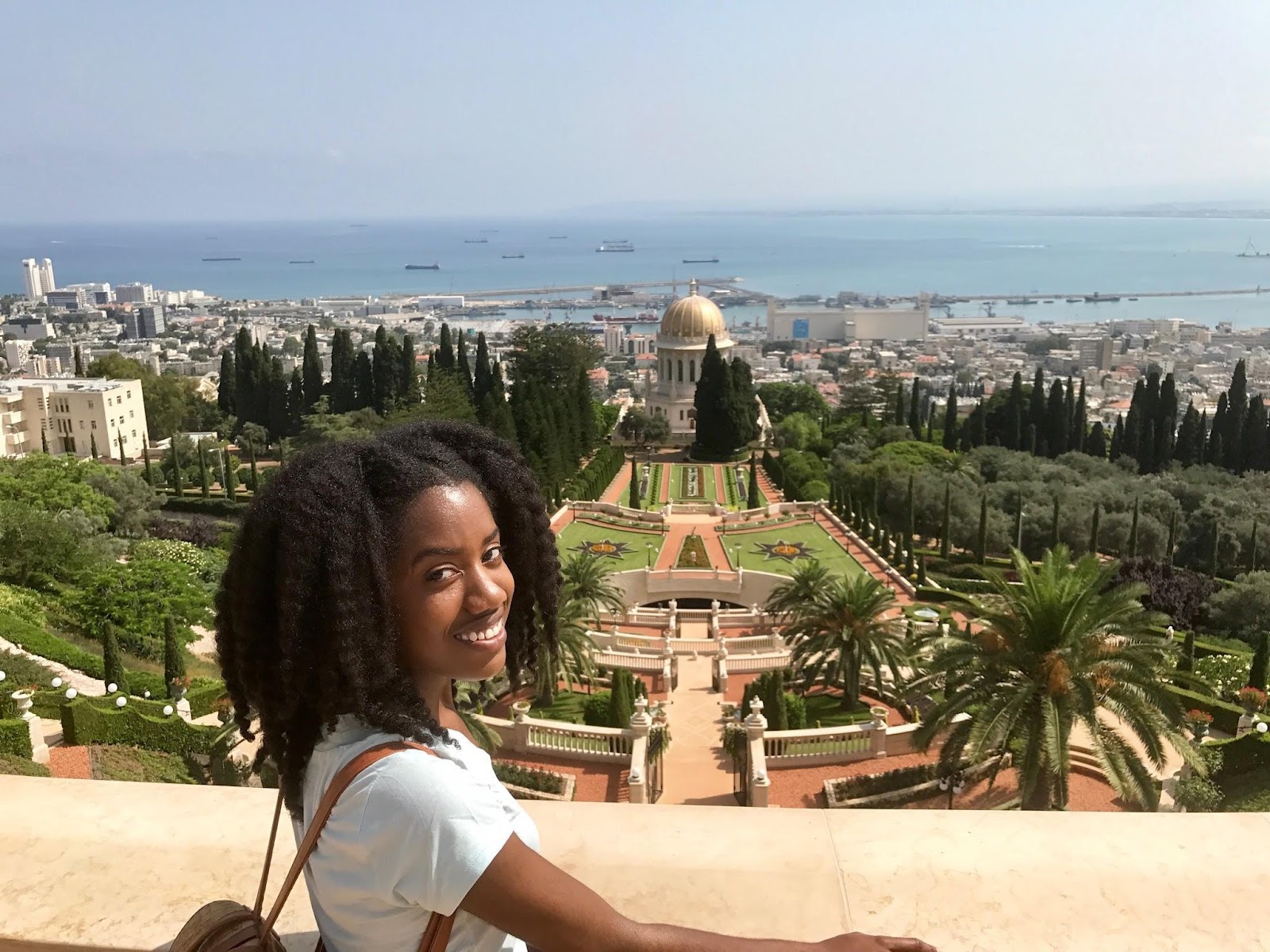 Naomi at Bahia Gardens in Haifa
If you go to Israel you must visit Tel Aviv-Yafo. It reminded me of New York City. I still couldn’t believe I toured the city solo in twelve hours by foot and bus! I stayed at Abraham Hostel, a popular and great hostel in Israel, that serves a free buffet breakfast. At 9 AM, on my only morning there, I started my journey by capturing landscapes on my iPhone camera, at Yarkon Park. I reflected on David Ben-Gurion at the Ben Gurion House and savored Shashuka for lunch at Shashukia. I observed lively merchants at Carmel Market. I also walked along the beach in Jaffa town and finally listened to the waves hitting the rocks by the Old Jaffa Port.
I really felt comfortable traveling on my own. Before returning to Jerusalem, I enjoyed tapas at Port Said. From my seat at the bar, I watched attentive bartenders and servers serve endless garnished drinks and small plates. There were so many restaurants to visit, I could have dedicated an entire day to trying different foods. Surprisingly, I didn’t eat much falafel as I had hoped. It’s the most popular street foods in Israel that everyone should try. And even though I liked Tel Aviv, the atmosphere, the feel and unique look of Jerusalem Stones were on my mind. 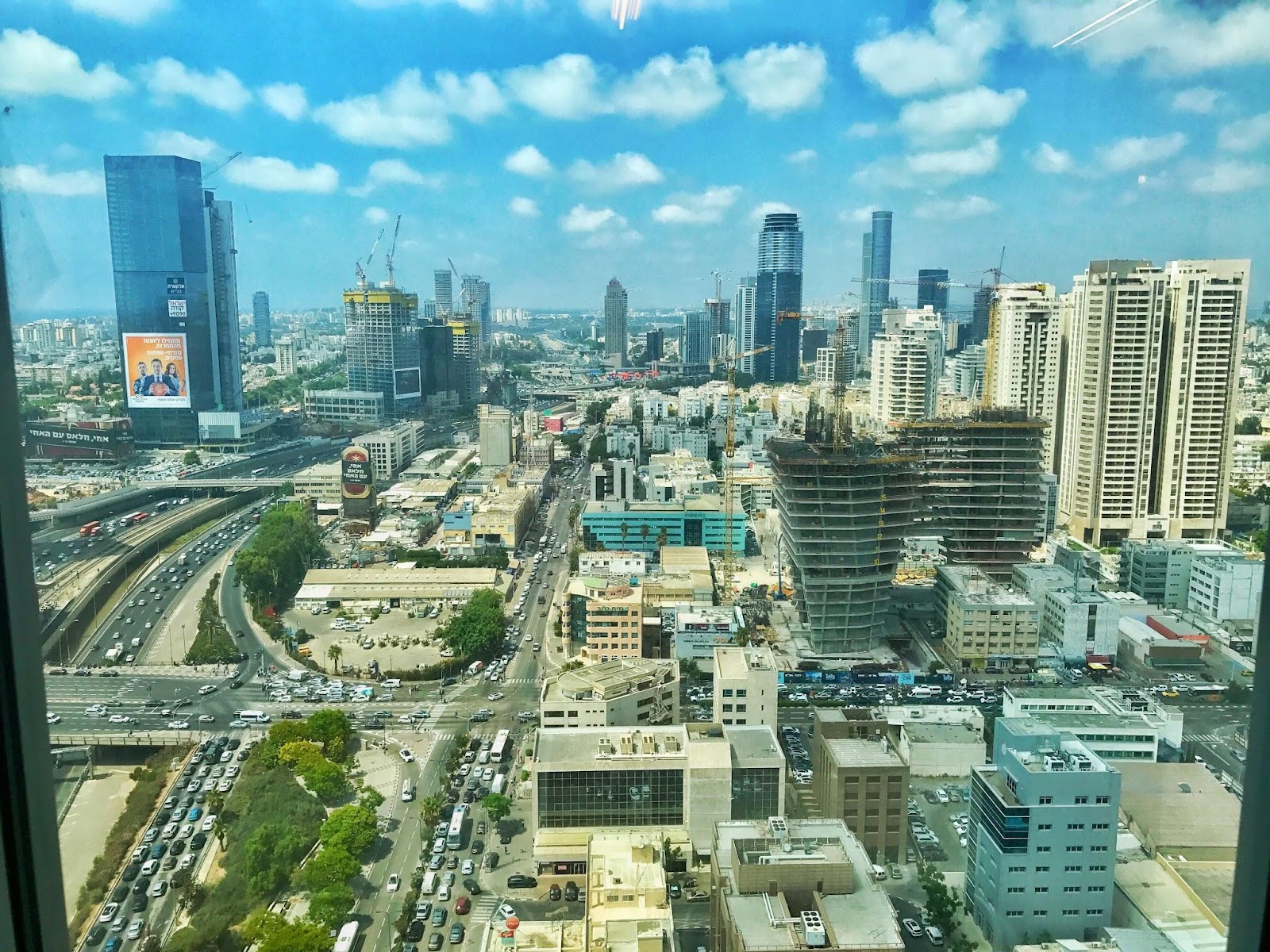 The three and a half weeks that I spent in Israel was a blessing and a gift. I would’ve never imagined myself traveling to the place where biblical events play out; stories in a bible that I’ve read and believed all my life. When I thought God couldn’t impress me anymore, he set a new standard. On this trip, he kept reminding me that he is God and that I shouldn’t limit or place him into a box. 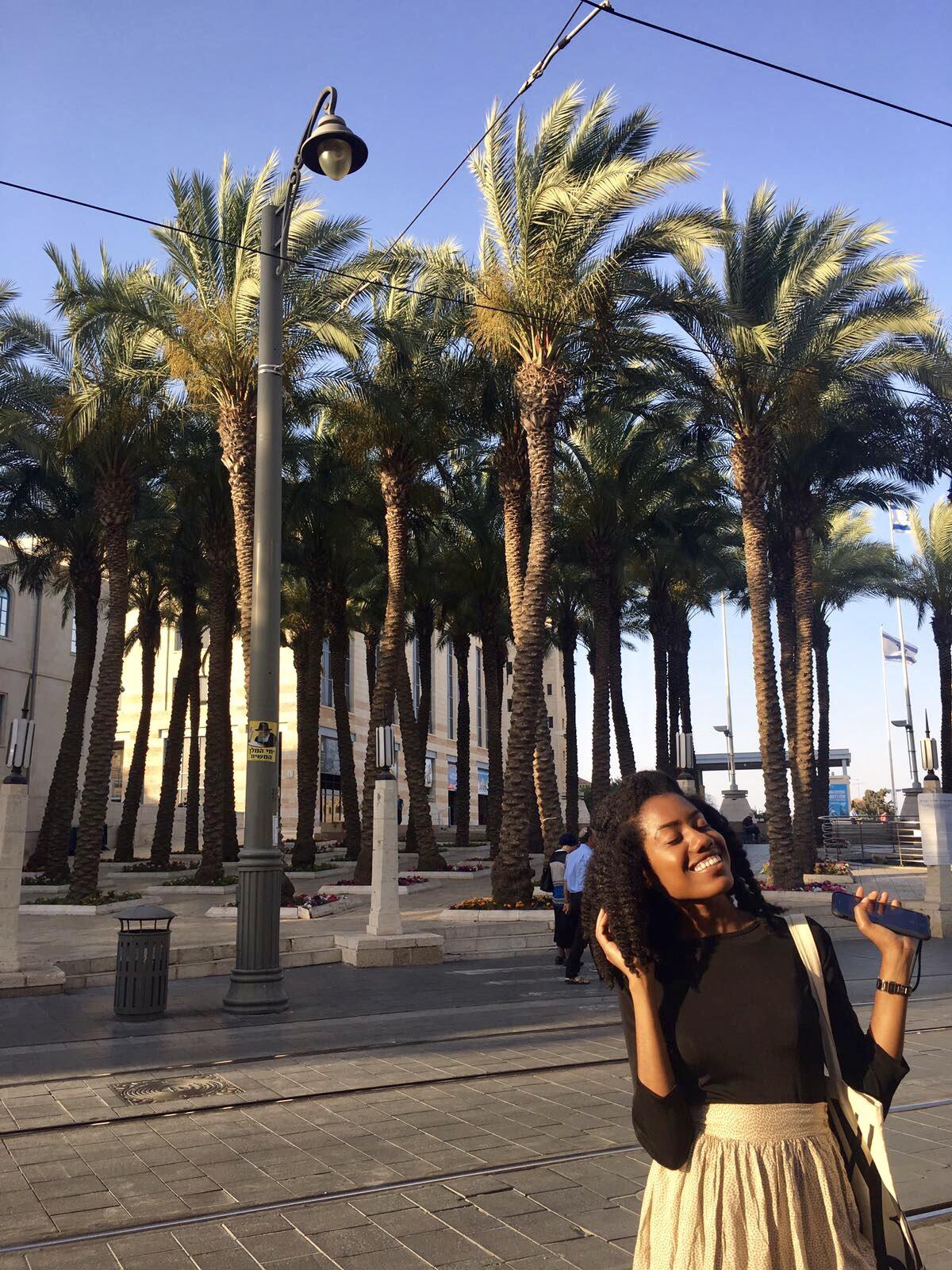