I have an addiction and I am the first to admit it. I AM ADDICTED TO TRAVELING!

My cousin/travel partner, Drew, and I planned our second international trip together to Brazil. We wanted to visit Brazil for the Formula 1 Grand Prix in São Paulo, then leave to Rio de Janeiro. Our intention was to spend 10 days in Brazil. We booked with Avianca Airlines from New York to Brazil, with a layover in Colombia. 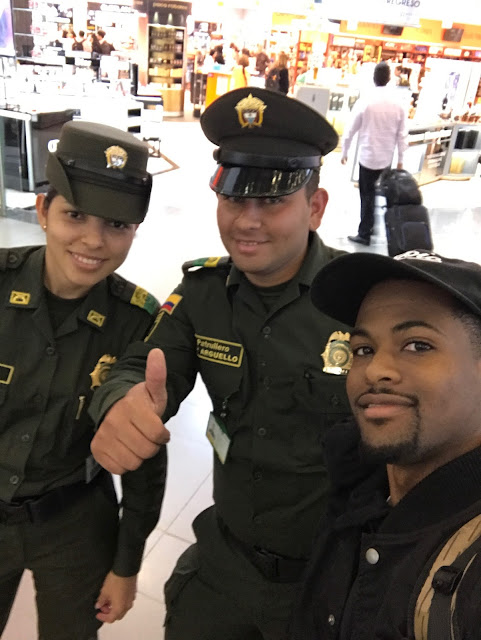 The madness began when our departing flight from New York’s JFK got off on the wrong foot. They said that the plane had an electrical malfunction. The near two-hour delay was foreshadowing what was to come.

The flight to  Colombia wasn’t bad, however, I caught a stomach bug, which I blame the meal Avianca served. But!!!!! Our delay in New York caused the entire flight to miss our connection to Brazil!!! Avianca made up for the mishap once we landed in Bogota. They offered us a free night at the Movich, a 5-star Hotel, along with free shuttle rides and dinner for the night.

The following morning we took the shuttle to the airport to catch our flight to Sao Paolo.  Our bubble would soon burst. We landed in Brazil and immigration asked us for our passports and visas. We showed our passports confidently but we were confused when they asked us for our visas a second time. To our dismay, we needed visas to enter Brazil. Yeah, Americans just can’t fly anywhere visa-free…

Tip:
When traveling abroad, please visit the United States State Department to find out the visa requirements. Some countries allow you to obtain a visa on arrival, while others do not. Americans cannot enter every country with only a passport. 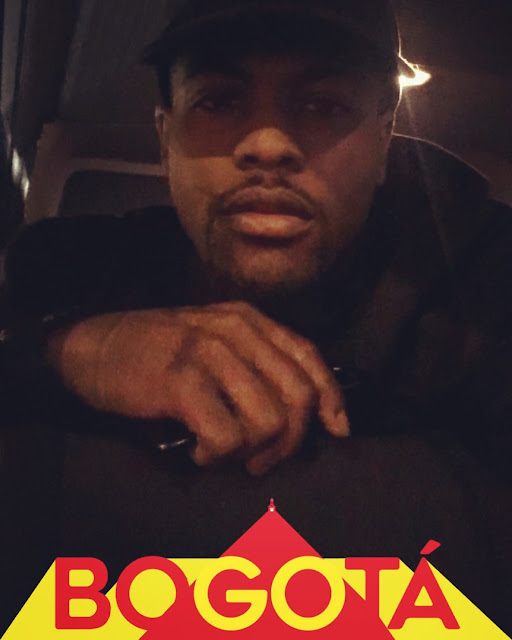 Since we did not have our visas, which was only our fault, they presented us with two options. The first option was to return to New York. And the second option was to fly back to Colombia on the following flight and try to make the best of our bad situation. We chose the second option because we didn’t want to return home embarrassed, and we also didn’t want to just throw our money away…

There were no flights returning that night to Bogota, so Avianca offered us to stay overnight in their VIP lounge. This was my first airline lounge experience. It had showers, free food, free drinks, tv, and the works. However, it did not have beds, pillows, or comforters. Drew and I only had to bear one night sleeping uncomfortably on a couch, or so we thought.

When morning came we watched the Grand Prix, solemnly, knowing we were in the country and should’ve been cheering from one of the stands. When the time came for us to board our flight back to Bogota they laid the news on us, the flight was full. Steam began to rise from my head.  Avianca’s officials all of a sudden were clueless about our dilemma. So, we were once again forced to spend another night in the lounge, unsure of when we would ever leave Guarulhos Airport.

Could you believe that, before we left New York, I reminded Drew of the movie The Terminal starring Tom Hanks. We joked about the movie and how fictional it was. Now here we were, in a similar predicament as Tom Hanks. The entire time we did not have our luggage. The airline told us that we could not receive our luggage until we exited the airport in Bogota.

The following day we were able to board a flight for Bogota, this was a sigh of relief. While in the lounge, we booked an Airbnb in Bogota. This Airbnb wasn’t as lavish as the one in my Puerto Rico post, and the pictures on the profile certainly told a different story. At that time, the weather in Bogota was about the same as the weather we left in New York. It was chilly, and you needed something warmer than a windbreaker. Our Airbnb was downtown Bogota, a few block from their local university. We were surrounded by a plethora of students, educators, businessmen, and businesswoman.

There were also many homeless people. I have never seen so many homeless persons in such a concentrated area. One night I went out alone for food, and as I look back I realize how dangerous it could’ve been. As I walked, I felt like I was walking in the city’s dump. There was trash, feces and homeless people everywhere. This short walk made me realize how lucky I was to live in the United States.

Remember that I said that we were told that we would get our luggage when we landed in Colombia? Well, that did not happen. At this point, we were going nearly four days without our luggage.  Drew and I only had the clothes on our backs. So, we ventured to the local market to buy something to wear, still hoping that our luggage would find us.

Never the less, we made the best of our time in Bogota. We visited  Santuario de Monserrate and Plaza de Bolivar. Santuario de Monserrate is on Monserrate, which dominates the skyline of Bogota. If you want to go, you have to take a cable car up the mountain. Once up the mountain, you will be able to see Bogota from above ground. There is a church on the top, where people come to pray as well as see the story of Christ. At Plaza de Bolivar, I had the opportunity to feed pigeons, listen to local music, and watch a military exercise. 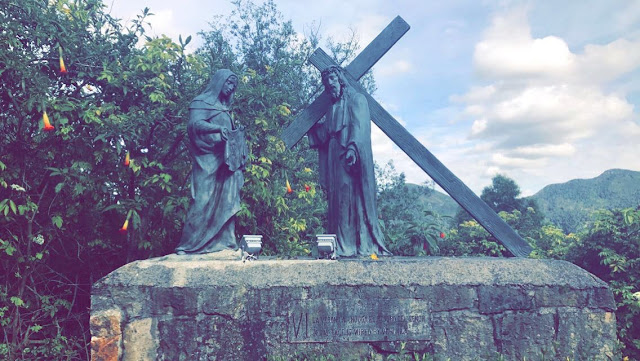 Sadly, we eventually received our luggage after day five in Bogota. We rewarded ourselves with a spur of the moment ticket to Cartagena, Colombia. Cartagena, Colombia is the Miami of South America where the weather was 90 degrees; a much warmer climate than Bogota. In Cartagena, Drew and I visited Cafe del Mar,  Castillo del Felipe, the Rosario Islands, and Volcan del Totumo. 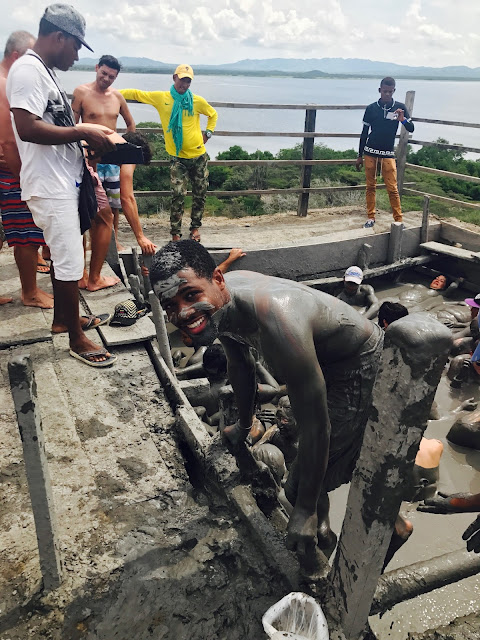 Volcan del Totumo is a live volcano where I was able to bathe in the minerals of the volcano. The minerals and mud in the volcano allow your body to remain buoyant. 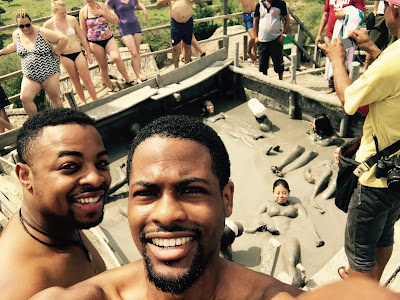 Drew and I then visited the Rosario Islands, a group of seven islands in Cartagena. The notorious drug lord  Pablo Escobar was a resident of the Rosario islands; the man whose life influences the popular Netflix series Narcos. After touring the islands, Drew and I captured drone footage and jet skid. 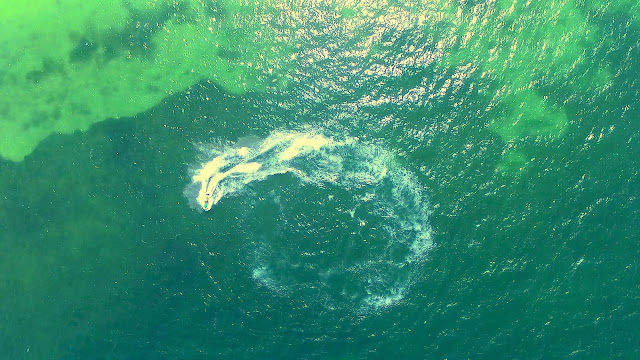 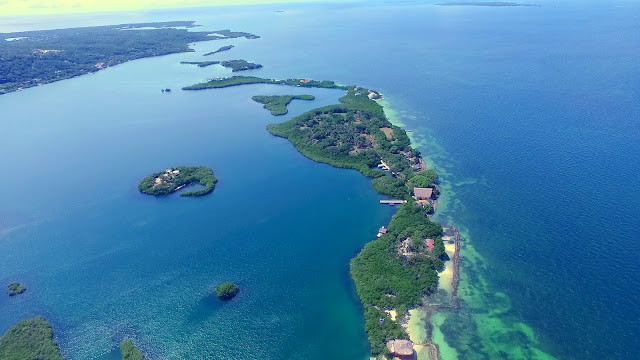 In my travels, up until now, I haven’t had the best of luck, but I implore you to make the best of every situation. It would’ve been easy to run home the first chance we got, but life gave us lemons and we made lemonade. Peace out! 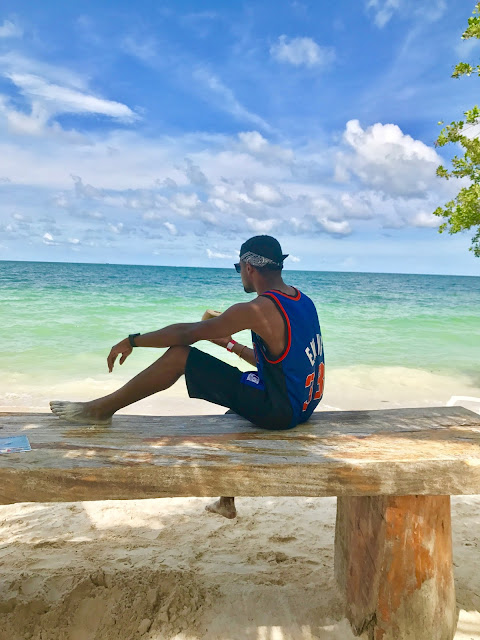