Imagine having a morning of unfortunate events… Your first thought is to get a coffee with one sugar and light cream. Then, carry on with hopes that your day will miraculously get better. Now imagine the same happening in Cuba. But there, you walk down the Malecon to hear the rich collaboration of horns, congas, and maracas. Your hips begin to move, your hands start to clap and your feet begin to sway, left to right, right to left, hehe. Just like that, you forgot about your unfortunate morning and your day miraculously gets better.

The streets of Cuba are filled with vibrant music. It begins in the early morning and creeps into the night. My nightlife in Cuba was filled with laughter, music, libations, friends, and sweat! LOTS OF SWEAT!

Los Van Van, one of Cuba’s biggest salsa bands played at 1830, a salsa club in Havana, on the very first night I arrived. Locals told my friend and me to arrive at 1830 at 10:00 PM. We arrived a little after 10:00 and found a line wrapped around the door. At that point, the weather that was once 90 degrees dropped to 89 degrees, with no breeze… There were people from all walks of life who were excited to move to a Los Van Van’s melody, in the line. While on the line, we were asked several times to purchase a “fast line” ticket. This meant that you pay 15 CUCs to go to the front. But there also was a crowd of people who had purchased a “fast line” ticket and you were still required to pay the charge of 15 CUCs to get into the venue. So, after standing in line for about an hour we realized that we weren’t getting into 1830 unless we paid for the “fast-line.” Sadly, we never got to hear Los Van Van’s salsa melodies. 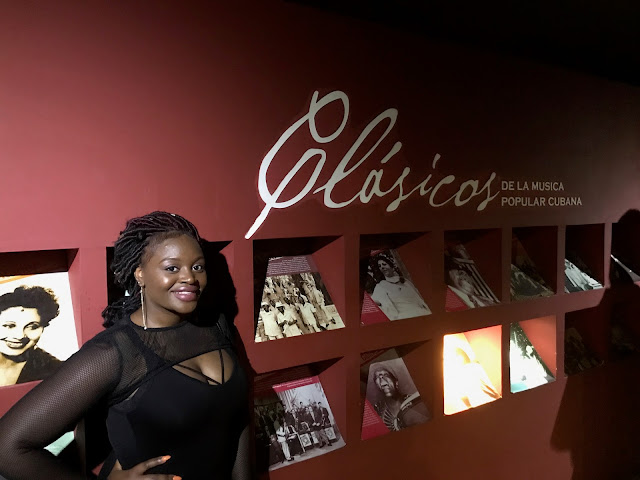 However, our second night in Cuba was one for the books! We went to Casa de la Musica, a famous salsa club in Havana. It’s known for its live music and awesome mojitos. Again, we were being patronized to buy a “fast-line” ticket, but we didn’t budge. This time the party started on the line. People were dancing and conversing. We even met a new friend on the line. Mojitos and other drinks were fairly cheap, 4 to 6 CUCs. Shots were a bit expensive, 6 to 8 CUCs. But the best part about Casa de la Musica is that you don’t need liquor to have a good time! My friends and I were drunk off the music and the energy in the building. A local band performed for about 4 hours, nonstop. It was really amazing; the music was flowing and the dancers were spinning. After an hour of dancing harder than you would’ve in a Zumba class, my face began to melt. It hit me, there’s no air conditioning or fans. Like I said, the nightlife in Cuba consists of SWEAT and LOTS OF CARDIO. Nevertheless, we had an amazing time. The live music and the unscheduled salsa lessons made my night. 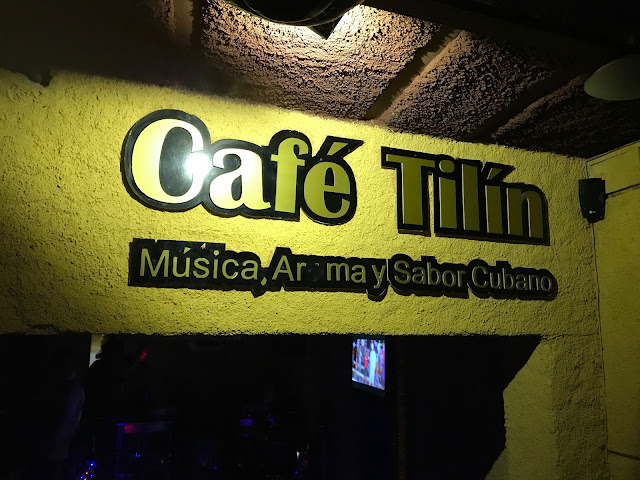 The last night I partied in Cuba was sadly my last night of Cuba. It was a night of spontaneity. My friends and I planned, well we actually didn’t have a plan. We wanted to explore Obispo Street in Old Havana and perhaps stop at the Havana Club. However, when we got to Old Havana, everything was closed. We had no idea what to do, but turning down was not the plan. Ironically, we met two young salsa instructors, Randy and Dayton, whose plans were canceled as well. One thing led to another and the salsa block party began right outside the Mall of Havana. They decided to take us to Café Tilin, a  small 2-floor bar with a stage. We were directed to the second floor, where we had a great view of the live band. Our salsa instructors/ friends stayed with us the entire time and showed off the latest Cuban dance moves. The night was filled with live music and after their performance finished, the DJ played, what I consider “Cuban trap music.”

Cuba’s nightlife is everything and more. The lines may be long and it may be hot, but you won’t regret any moment of it.