It is no secret that discriminatory practices were amplified in the South. Post Jim Crow, many of the southern states still had structures in place that prohibited the advancement of colored people, even though segregation “was a tale of the past.” Therefore, because of a Supreme Court order, Jefferson County was mandated to institute fair hiring practices to ensure that blacks and other minorities had a fair chance to obtain employment. Jefferson County’s resolve was to recruit consultants from other states to hire county personnel.

As a result, I was able to experience Birmingham Alabama on the dime of Jefferson County. Now, don’t be fooled, you are committing to assess candidates for about 8 hours a day for one week. But after that, you have the rest of the day to do what you deem best.

An Assessor simply scores candidates based on their interview responses. You listen to each interview and score each response they give. There is a rubric; however the assessment is designed to be fair by placing two assessors together as a check for inconsistent scoring. If there is as small as a two point difference between your score and the other assessor’s score then you must both discuss the reasoning behind your scores and then come up with a new score, no more than 1 point of each other’s. This makes the process fair. After you have scored each candidate, the scores are tabulated by a computer and the candidate with the highest score is offered the position for which you were scoring. In essence, through this assessment, you are hiring for positions that could range from plumbers, high level principal probation officers, to even higher positions such as commissioners.

Jefferson County pays for your flight, which is handled through a travel agent. They also cover your stay at the Tutwiller hotel. They cover 3 meals per day and reimburse you for any other cost you may incur, either making it into or from Birmingham. BTW, the Tutwiller has an amazing FREE coffee bar, with offerings all day!
Through this process you will meet some amazing people. Many of the other assessors were Industrial Psychology grad or PhD students. There was also a professor who was there from Georgetown University. She came for professional development.
Note:
The human resource department is recruiting: graduate students who are enrolled in Industrial/Organizational, Human Resource, Organizational Behavior, Public Administration and Business Administration Master and/or PhD programs or any individual that has employee selection assessment experience to assist in the final assessment of candidates.

Together my new friends toured the night scene of Birmingham, which in my opinion was no where near lit. I realized this after going to a spot where we were the only ones there. We had fun, but amongst ourselves. However, the most touching experience I had was visiting the Birmingham Civil Right Institute. Literally, some of us were moved to tears while others were emotional, almost to the point of tears. Visiting the museum brought our experience full circle. It reminded us of the reason we flew or drove to Alabama, to ensure that discrimination was void in the hiring of new employees to Jefferson County. After all, discrimination is an American demon, and its stronghold was the south. 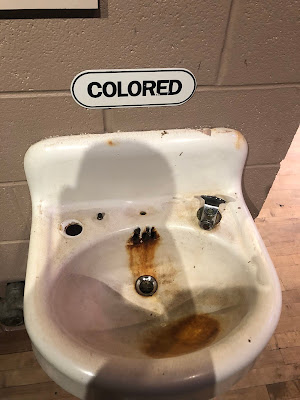 Today, recognizing that in years past blacks were barred from applying to jobs in the county and other counties in the country was painful. Knowing that MLK and Reverend Fred Shuttlesworth led marches through Birmingham, and that the KKK had a stronghold in Jefferson County and that they bombed the 16th St. Baptist Church, brought context to my Birmingham trip and the assessor work. By the way, the museum houses the shoe of Denise McNair, one of the young girls who was killed in that attack. This is another relic that made me increasingly proud to be able to ensure that all people were judged fairly.

Point is, many of you want opportunities to travel, and here’s a great one. It is a meaningful way to give and simultaneously enjoy another city. You will have the pleasure of ensuring that employees are fairly hired, since you help to select them.
If you are interested in becoming an assessor for Jefferson County, please click here to sign up.
By Asshur Cunningham